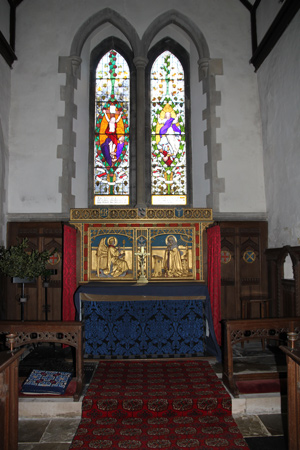 The ancient hamlet of Nackington, first mentioned in the Domesday book as "Natyndune", lies just south of Canterbury in a rural setting off the B2068.

Its church, dedicated to St Mary the Virgin, is one of Kent's hidden gems and was given to the Priory of St Gregory in Canterbury by Archbishop Lanfranc in about 1076. Built of flint, brick and stone, it stands on a slight rise amongst ancient tombstones with a traditional Norman tower topped by a wooden spire in which hangs a single bell.

Inside, you will find beautiful medieval stained glass windows depicting the Tree of Jesse, the Marriage at Cana and St Thomas Becket. The Nave dates from the end of the 11th century. However, the Nave roof with old tie beams and king posts belongs to the 14th century. The chancel was built in the 13th century and at a later date the south chapel was added. There are fine examples of wood carving in the Chancel Screen and decorated wooden panel behind the altar (the Reredos) which were created by local craftsmen and women in the 20th century. There is a brief Guide for Visitors in the church.

The Parish Records are now kept in Canterbury Cathedral Archives. If you wish to research local family history the records can be viewed by appointment by telephoning 01227 865330. Full details are at www.canterbury-cathedral.org/conservation.

The Friends of Nackington Church

The Friends of Nackington Church were formed in 2012 to conserve this ancient and historic church for the future. Since then, they have raised money through Membership and by holding events which include concerts, recitals, talks and a flower festival.

The Friends have raised enough money to pay for several major projects - wood boring beetle has been eradicated from the Nave floor, requiring the replacement of many floor boards and the church has been completely rewired and the lighting greatly improved. In addition, the Friends have paid for the restoration of the church doors and re-setting the flagstones in the porch. Currently, the Friends are raising money to pay for essential repairs to the tower and spire, and replacing the weather vane lost in the great storm of 1987.

Friends Membership is open to anyone, whether from within the parish or further afield. It is for people who are interested in promoting and preserving their historic heritage, whatever their background or beliefs.

Life membership of the Friends is kept to a minimum charge - Single membership £10, and £15 per household. However, donations are always gratefully received.

Members receive regular notice of all future events and progress reports on what has been achieved. For more information on becoming a Friend of Nackington church please contact the Fundraising Committee by email: or pick up a Membership Application leaflet from inside the church. 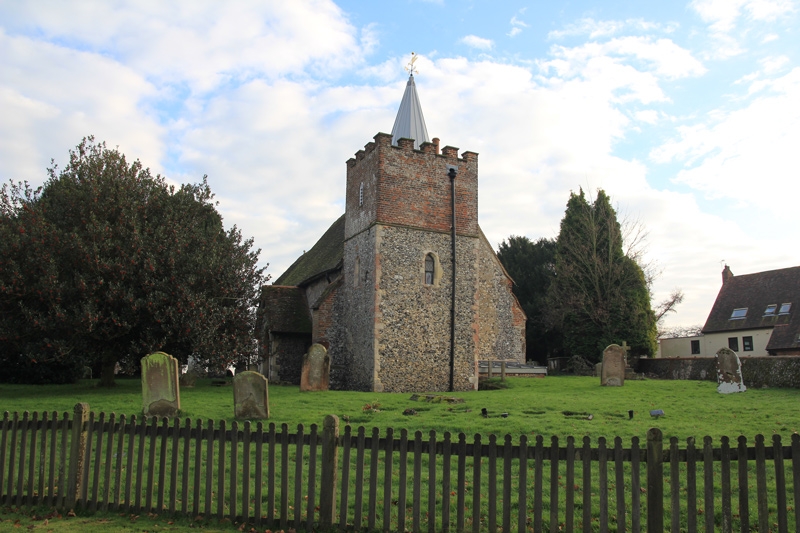 For your Sat Nav, please use the postcode CT4 7AD.